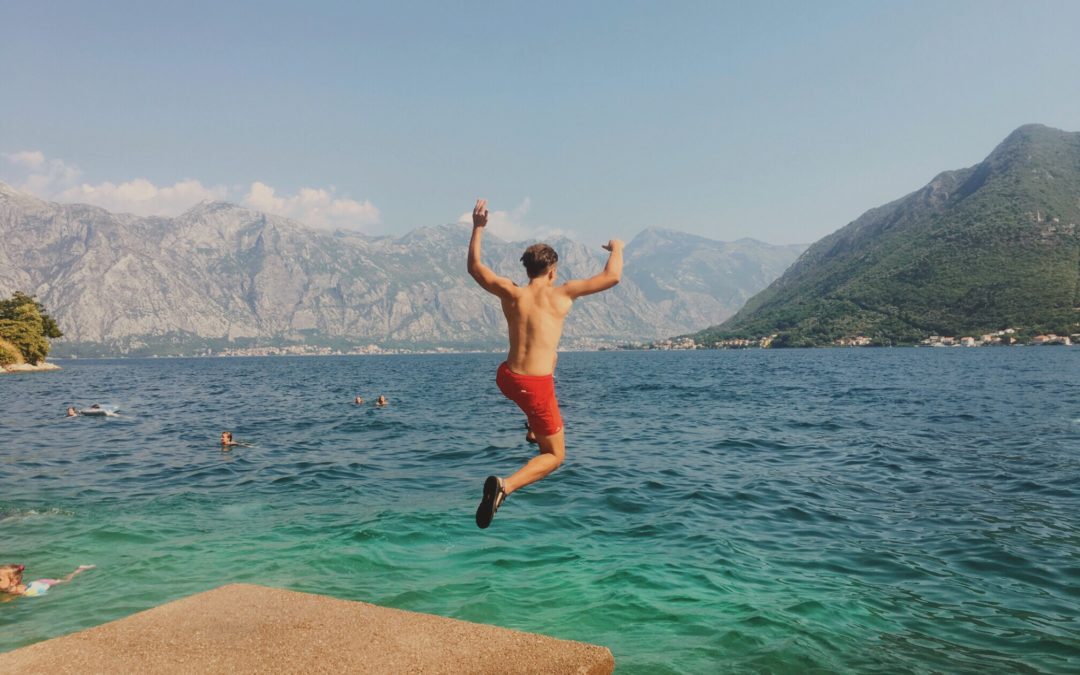 Or do you secretly love the ridiculously romantic shots and seemingly stress free relationships?

Whether you love them or hate them, the reality is, deep down you’re probably at least a little bit envious. Who wouldn’t want to spend their lives traveling to far flung destinations with the love of their life?

I can’t lie, I love scrolling through the heavily edited pictures on Instagram. I love looking at a snapshot of fabricated perfection. But the reality is, travel is never perfect. Neither are relationships. But even though the pictures of travel couples might not be exactly real, it IS possible to travel full time with your partner.

I know that seems like a fantasy for a lot of people, but it’s not. It’s totally possible. I also know it’s hard to believe until you hear the stories of people who actually made it happen for themselves.

With that in mind, I wanted to start a series of interviews with couples who travel together IRL. I wanted to show you that it is possible, but it’s not necessarily as romantic and picture perfect as it seems on the Gram.

While Instagram may make full time travel with your beaux look like a dream, it’s actually pretty challenging. Missed flights, little personal space, and the inevitable food poisoning can either ruin a relationship or take you to deeper levels of intimacy than you had imagined. That’s why travel is such a great exercise for couples.

For the first in this series I had the honor of interviewing my friends Courtney and Andrew. Courtney and Andrew met while they were both working on their environmental studies degrees in undergrad. They’re passionate about travel, urban planning, AND not destroying this planet we all live on (rad). With these passions in mind, they quit their jobs and spent eight months circling the globe together. While on the move, they founded The Homage Project, a really important project about urban development around the world, which provided a beautiful intention and framework to their travels. It’s also a testament to the idea that you can indeed collaborate with your partner without murdering them.

But the real reason I love this interview is that they get real about what travel really looked like for them. Yes, it was incredible. But it had it’s not so glamorous moments (cleaning toilets) and some moments that weren’t easy on their relationship (bad haircuts).

1) You guys are a couple! How did you meet? How long have you been together?

Ha yep, we sure are a couple. We met at Rollins in January of 2013 in an environmental studies class. Definitely wasn’t love at first sight, but Andrew persevered and by December of that year, we were dating. We’ve been together four and a half years though (due to a one-year break in the middle there—oopsies lol).

But actually, the break (which was while I spent my junior year abroad) was super important. It helped me realize how much I valued my partnership with Andrew; how much I valued the experience of being abroad; and how much I wanted to be able to be abroad with him. So then I persevered to get him back, with the full disclosure that I would be going abroad and he better join me, or else that’d be the real end of us.

2) How did you decide to travel together?

I’d dreamed of spending a significant part of my 20s abroad since I was a young teen, brimming with pent-up anger about my suburban upbringing. I didn’t know what exactly the “Abroad Experience” would look like, but I don’t think I envisioned working at hostels cleaning toilets, or “teaching English” in an over-crowded, dirty tube house in far-out Hanoi. But dammit, I knew it would happen!

Andrew, he had no clue. I think he’s missing the gene that makes people obsess over the future. Both a good and bad trait. In my mind, I’m already a grandma.

I originally planned to leave right after graduation, but Andrew wasn’t ready then. He had an urban planning internship in Orlando and wanted to see it through, but agreed to leaving within two-ish years. So I got a job and stayed put, which at first seemed disappointing and lame, but was in fact wonderful. Knowing we wouldn’t be in Orlando indefinitely allowed us to better appreciate our time there, and the people and friends and food and beaches.

The experience of working was also paramount. My first job doing commuter outreach for the Florida Department of Transportation significantly impacted the quest of our journey, and made me realize how fired up I get about mobility. In a practical matter, working also helped cushion the bank account and make the traveling possible financially. So thank you, Andrew from two and a half years ago, for being so wise. 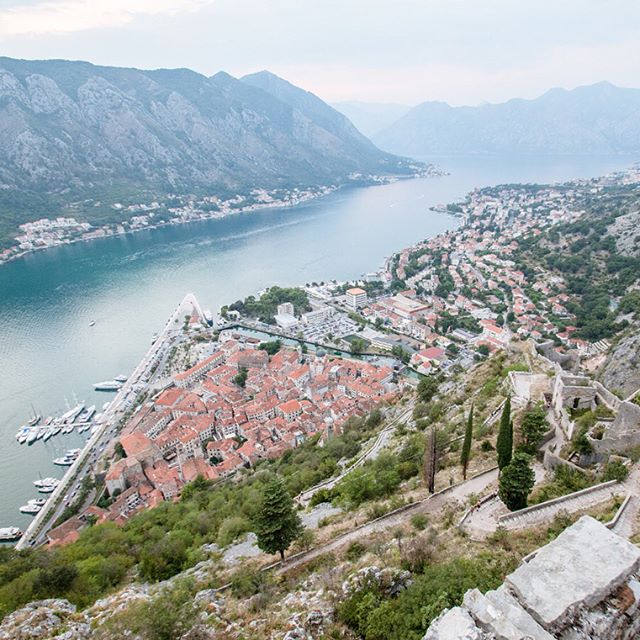 3) How did travel impact your relationship?

This is a bit personal, and I kind of wish I had thought about this more or people had talked about this more. I also am not confident enough to openly talk about intimacy on a public platform so I also only graze the surface.

Traveling was one of the best things we ever did for our relationship, and also one of the worst. I was constantly obsessed about our finances and made us track every single expense we made—a practice we kept up even after the traveling. The financial stress of seeing our bank accounts steadily dwindle was tough. And because we were trying to do things on the cheap, we often opted for dorm beds or work-trade situations where we’d be staying in dorm rooms for weeks at a time with no chance of privacy.

That was a hard change from people who had previously lived together in an apartment. In that sense, traveling felt like a step back for our relationship. Plus, the future was so uncertain. Would we get jobs? Would we have to move in with our parents? Would we be able to see each other regularly? Would we want to live in the place where the other got a job? Again, fortunate Andrew and his gene mutation didn’t get weighed down by these pondering nearly as much as I.

But on the flip side, it was the most glorious experience. We got to spend every day for eight months with our favorite person in the whole world. We got to stumble upon beaches in the Balkans that took our breath away, slurp down some kumquat tea in a smoky alleyway in Vietnam, and watch with awe at people and their gazillion bikes in Osaka—together. I wish we could spend the rest of our lives that way: exploring and learning and being together every day.

But oh, there were tough times. Like the time Andrew got a haircut I didn’t like (which sounds minor, but I’m ashamed to say it affected us for about two weeks), or the time I was so stressed about Money and The Future that I couldn’t even be concerned about my partner.

I think we both feel the trip is better in retrospect. Being on the road for so long is tough. Long bus rides; cheap accommodation; lack of typical outlets (like a clean, safe place to go for a run); and other stresses made me feel I wasn’t always the best version of myself. And it’s hard to shine when basic needs aren’t guaranteed. Now that we have a clean, beautiful home, steady income, and constant access to good food, it’s easier to be nice to each other and to ourselves. It’s also easier to look back at that sketchy hotel in Hanoi with moldy walls and sticky sheets and laugh.

4) How did you come up with the idea for the Homage Project? What was it like collaborating as a couple?

We were used to working together on school projects and extracurriculars, so collaborating on the Homage Project was a breeze. (Andrew wasn’t blindsided by my critical, perfectionist nature.) From my time studying abroad with SIT, I knew I wanted to bring a more clear intention and question to the traveling, because I felt that the quest to really learn about place is what made studying abroad way more enriching than just passing through. 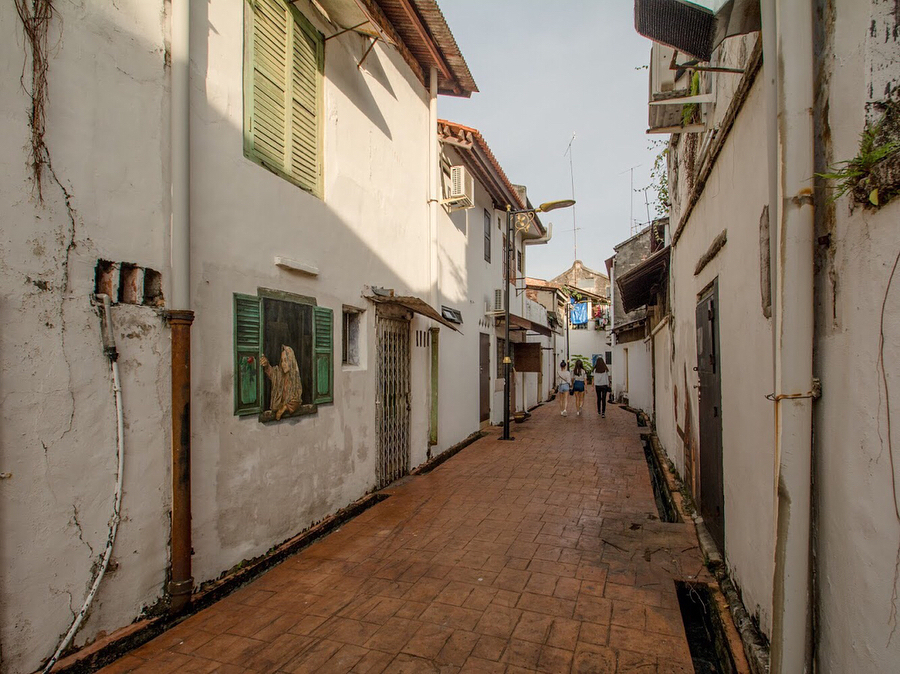 My job with the Florida Department of Transportation, academic background, and overall frustration with the built environment in Central Florida made the mobility and city design quest of the journey a natural fit. Andrew had a similar academic, professional, and personal interest in planning, so he was also in.

5) What did your family think about you taking a year to travel?

Family members differed. For the most part, our parents were a bit reluctant to see the benefit of such a decision. They didn’t say we shouldn’t do it, but they also didn’t say we should. My mom, though, was all about the Homage Project. She was eager to encourage creative pursuits, and appreciated that we were trying to build a professional element into the very unprofessional decision. She also knew I had always dreamed of traveling for an extended amount of time, and wasn’t surprised when I actually told her I was doing it. I think all of our parents were glad we were going together. Especially for my parents, they were comforted that their young daughter would have someone with her.

6) Any words of advice for people who want to travel full time?

We met dozens of other long-term travelers while on the road, and each of them approached the journey differently. Some had been traveling for YEARS, and spent no more than a few days in each place. Some had been traveling for years, but spent a few months—maybe even longer—in each place. I always thought we would rent a room for a month or two and stay put in one place—get to know it and the people there. Because that seems like a true break from work and from your same old town but without the stress of being truly on the road. But for some reason, we never did. We stayed put while working at hostels, but that wasn’t exactly the same as the getaway I had imagined.

We also have a friend who thought she’d do the same thing, and had even begun planning for her departure and journey months in advance. But then, she realized her desires had changed. She liked her life and realized it wasn’t the right time. I found this so beautiful, because if the purpose of traveling is to love each day a little more, then why wait until you’re someplace else to start? You never know what’s going to happen—that big trip you’ve been cooking up in your mind may never come. But today is here, so what are you going to do to make today worth it? 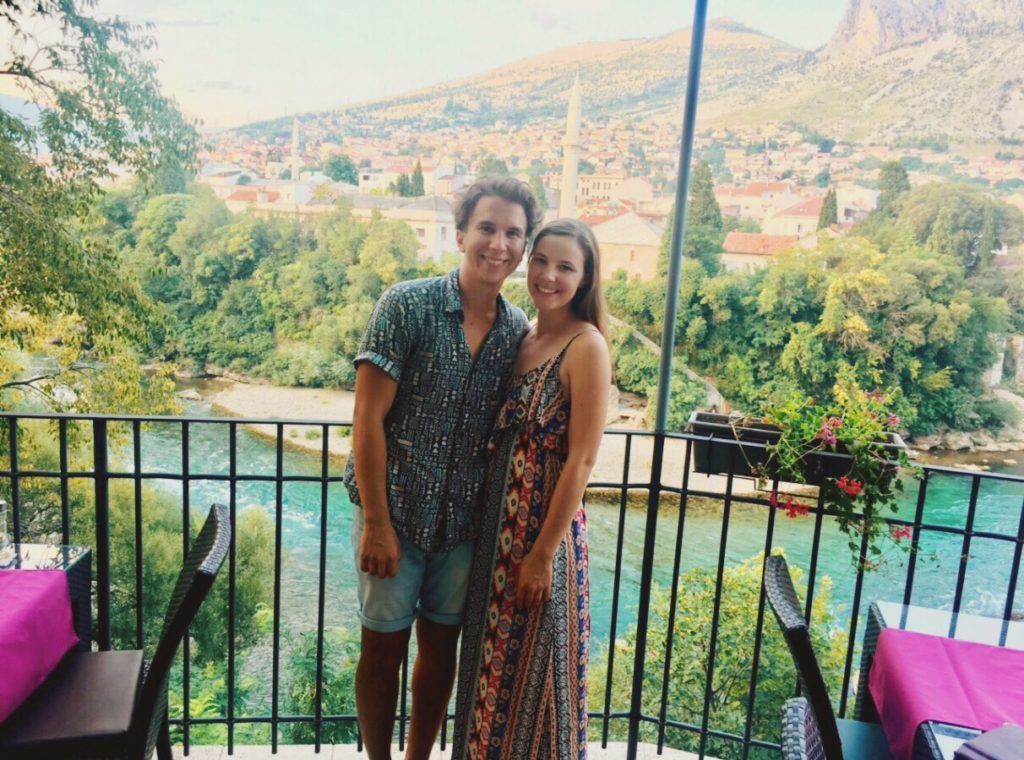 Where Are They Now?

Courtney and Andrew returned to the US and continued traveling for another month while applying for jobs. They both live in LA where Courtney works as an urban planner and Andrew works in non-profit helping people with high barriers to employment (felony convictions, homelessness, drug addictions) get jobs. Their latest project? Conquering car-free living in Los Angeles!