Why I Chose to Attend Graduate School Abroad 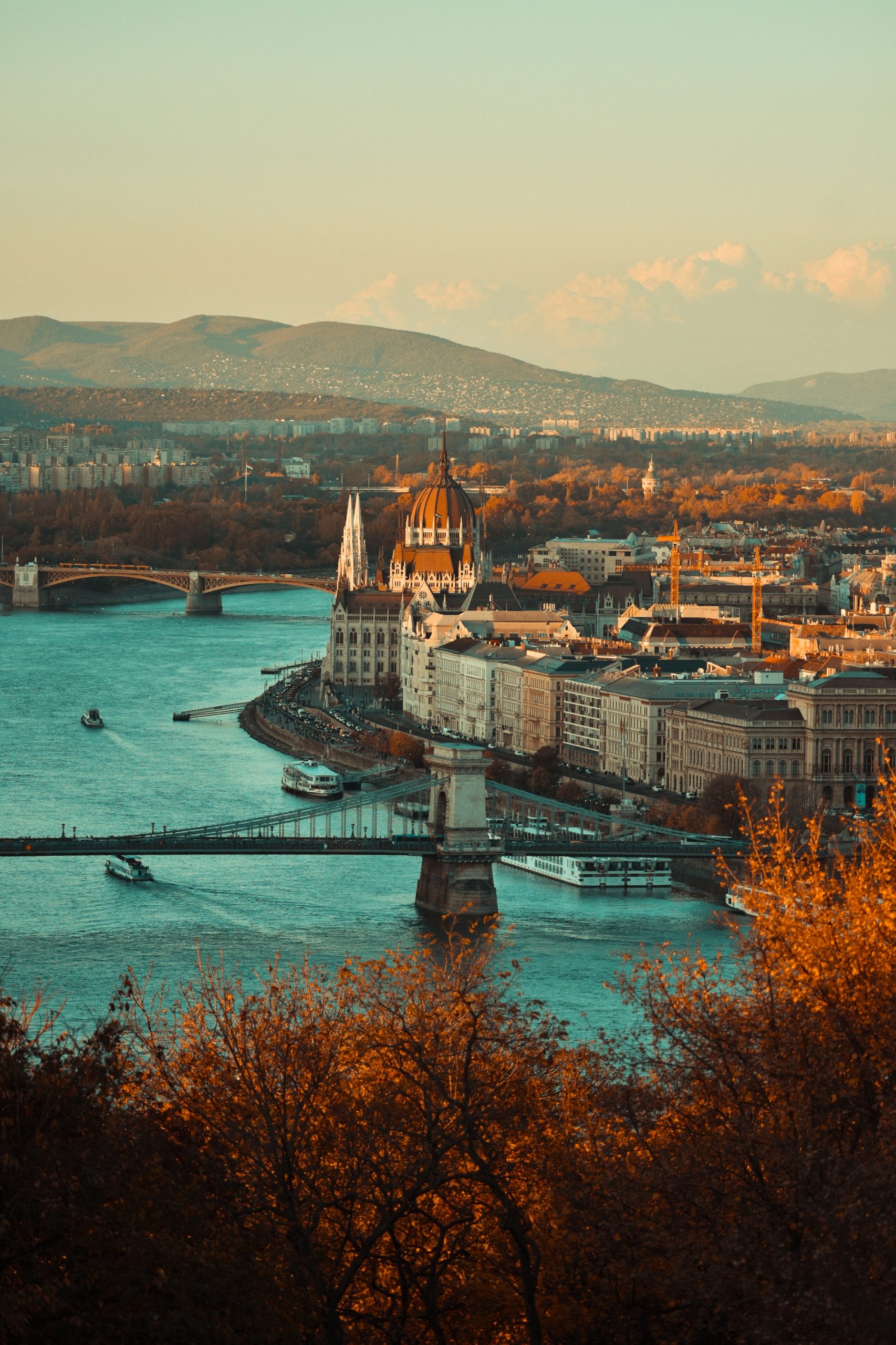 When I was a senior in college, the idea of getting a job and working full time in an office sounded like literal hell. Even though college had been really hard on me and I was a chronic overachiever, I couldn’t imagine giving up the freedom I had as a student. From where I was standing it felt like my only options were A. Go into massive debt and go to graduate school or B. Take an uninspiring and poorly paid office job. No one told me I had the option to attend graduate school abroad. Even if it had occurred to me, I wouldn’t have known how doing so would improve my career outlook and save me tons of money.

Earlier in my senior year I had been considering graduate school. For the past two years, I had been working for a local non-profit. I thought that I wanted to continue in that space, but I was already burned out. My junior year I studied abroad in the Czech Republic and Poland, so I knew that I wanted to learn more about the region. I had no idea what I would do with that experience or how it would benefit me, but the calling was real, so I knew I wanted follow it. But I couldn’t see any feasible next steps or how this all added together. 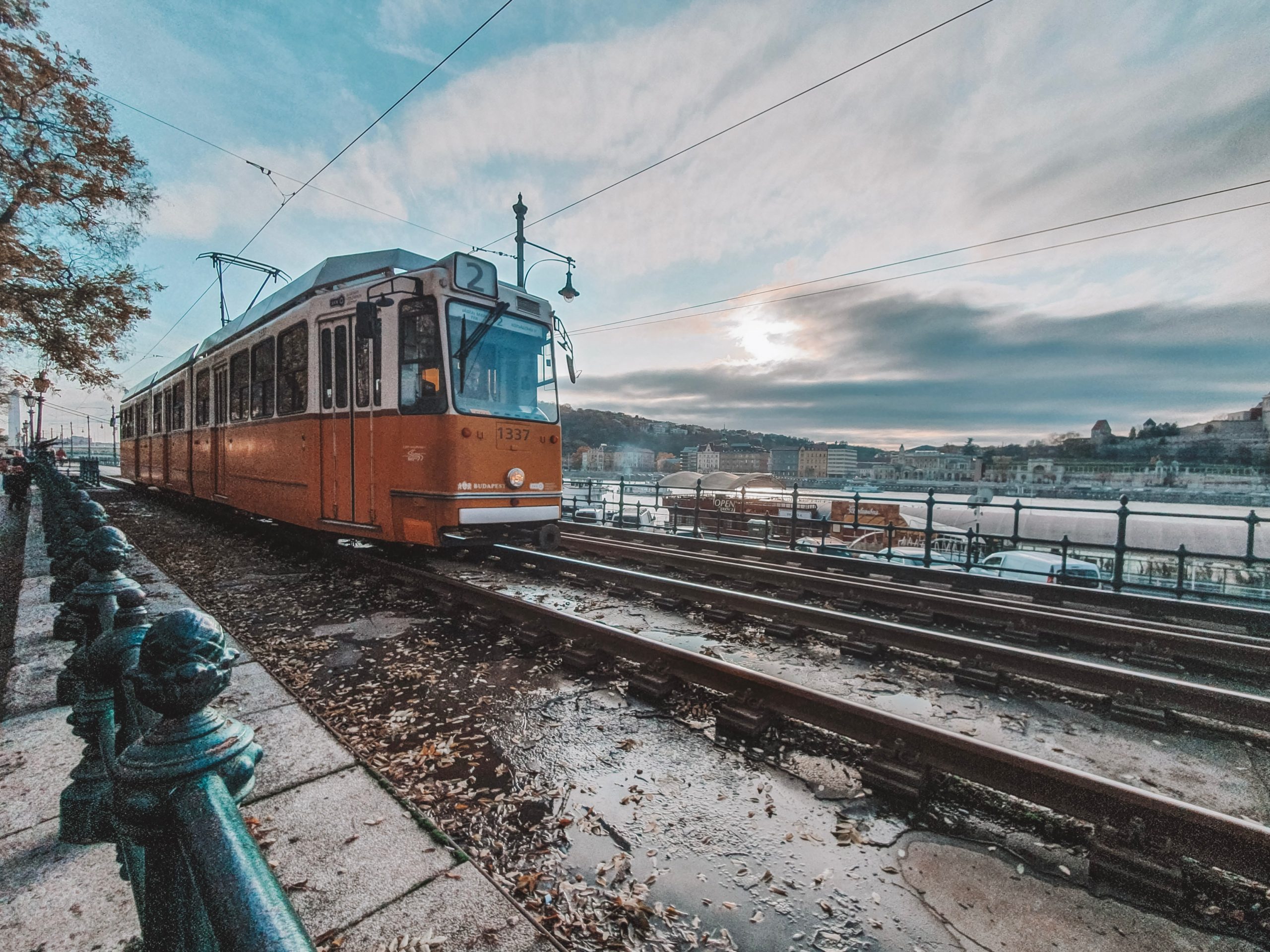 My professors and advisors were telling me to go to grad school in the US. Top tier universities in major US cities were suggested. But when I crunched the numbers, it just didn’t make sense. I would have to take out massive student loans, live in a city with a high cost of living, and spend tens of thousands of dollars a year on tuition. Not to mention spend hundreds of hours and dollars preparing for the GRE and applying to schools. Then it would take two to three years to get my degree. That meant when I graduated, not only would I be deep in debt from school, I would also be living in a costly US city like New York or Boston, in a competitive job market with little certainty around getting a job.

Despite what everyone was telling me, I couldn’t justify that kind of risk or financial commitment.

Plus, by taking out huge student loans, I would be sacrificing my freedom. With debt breathing down my neck, I would feel pressured to study something that was “practical” but that I wasn’t passionate about. I would spend the next few years wondering whether I had made an enormous and costly mistake before taking the best paying job that came my way to pay off my debt, rather than pursuing my passions.

I stepped back and took a serious look at what I wanted to do with my life and where I wanted to be. Honestly, at 21 years old, I couldn’t come up with any serious answers. And with a degree in Religious Studies, my prospects didn’t exactly feel red hot.

At the time, I let the pressures of the situation distract me and I was totally out of alignment with myself and what I wanted. What I did know was I wasn’t ready for a full time job, not mentally and not on paper. I also knew I was really passionate about travel, but that felt more like an impractical hobby. And I felt called to continue my study of the Post-Soviet space, which likewise felt impractical. 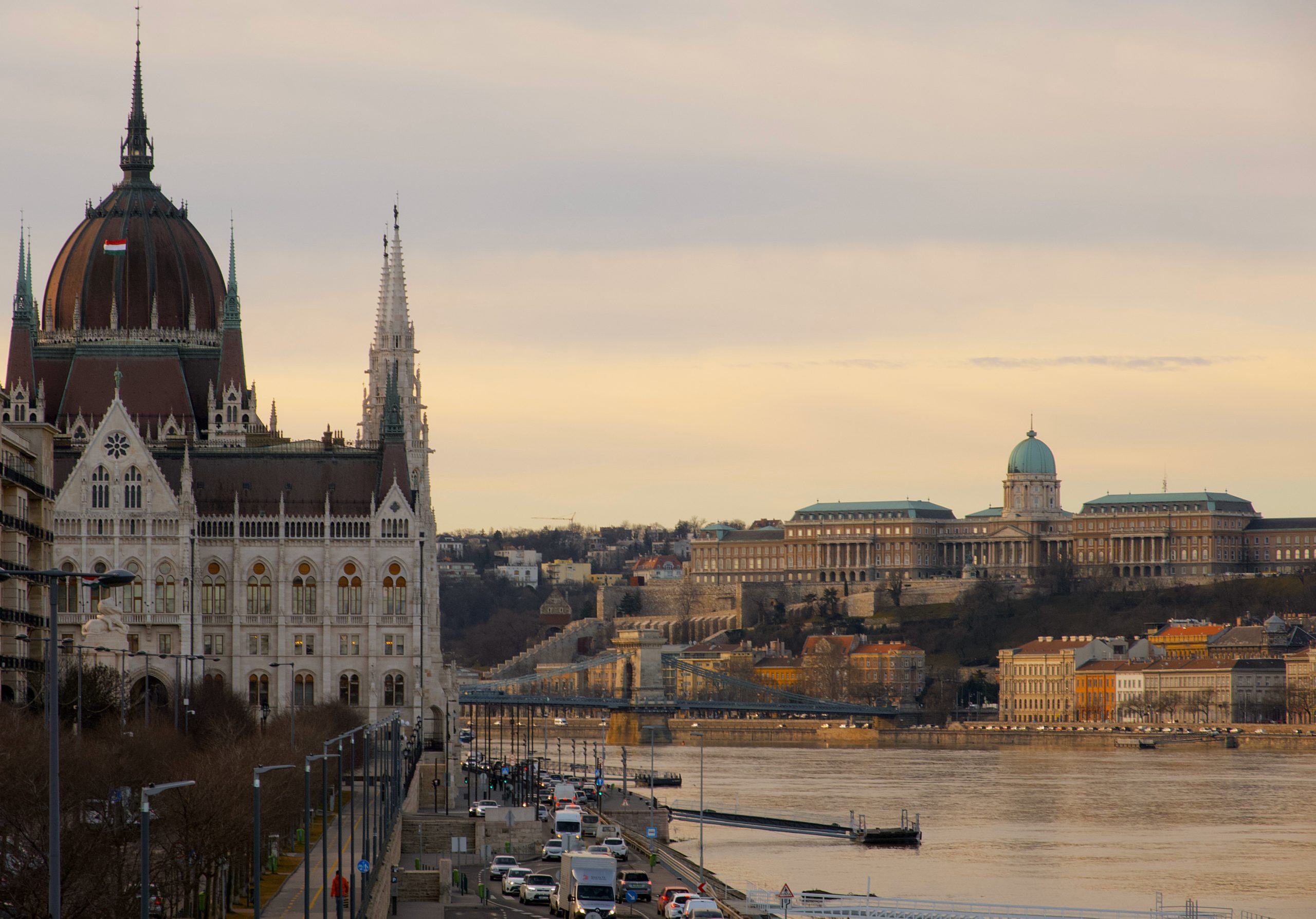 With all of this swimming around in my mind, a full class load, two jobs, and two thesis projects, I was headed straight for a nervous breakdown.

Somehow, while doing research for a paper, I discovered a small university in Budapest, Hungary. I had never been to Budapest, but it had been at the top of my list for some time. It was an English language graduate school that offered American accredited degrees, but at a European price tag. Plus, it followed the European education model, meaning degrees were 10 months to 2 years long. On top of that, the cost of living in Budapest is significantly less than the average American city. According to Numbeo, the cost of living in Budapest is 68% lower than that of New York City. The university also had way more funding available than the average American institution.

And since the Universe works in magical ways, my university in Budapest was one of only two universities in the world that offered a degree in the specific field I had been studying for the past two years. I didn’t realize that this seemingly random passion I had developed for Nationalism Studies could be parlayed into a graduate degree.

At the time, I didn’t know anyone who had attended graduate school abroad, so aside from my professors, I didn’t have anyone I could run the idea by. Most people thought I was nuts, but the truth is, I wanted to travel and I couldn’t come up with any good reasons to not give this a try. But I really was going into this decision blind. Plus choosing to attend graduate school abroad meant I would be moving to a foreign country sight unseen.

I applied as a failsafe, figuring if I didn’t get a job I would just go to grad school. I played around with the idea of doing AmeriCorps and applied for some jobs, but I felt deeply uninspired by the opportunities coming my way. In the end, I decided on graduate school and traveling instead. 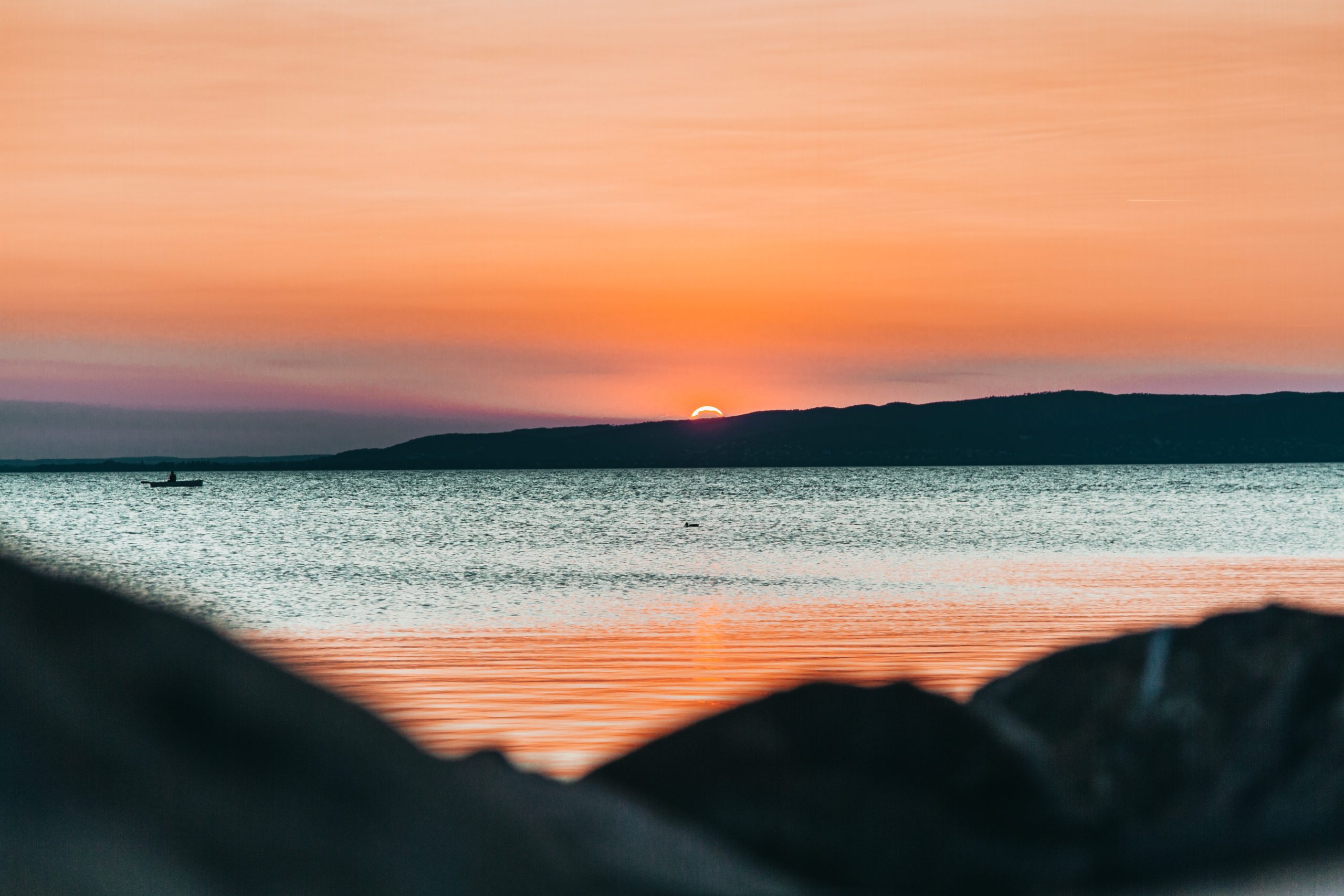 I ended up getting 75% of my degree covered by scholarships, which meant I paid less than four thousand dollars for my MA and finished my degree + thesis in 10 months. While living in Budapest, I also decreased my cost of living by more than 50% each month. After graduating I decided to live in Budapest for another year and half, working as a freelance writer and VA, developing skills I hadn’t learned in school, traveling, and studying Hungarian.

Looking back three years after graduating, I am so relieved I didn’t take the advice of the people around me and go into debt for an American graduate school. Finishing grad school debt free meant I had the freedom to travel and explore different career paths before eventually landing in the matchmaking field. And honestly, the experience of attending graduate school abroad, having discussions & debates with students from dozens of counties, and learning to manage adult life in a foreign country taught me way more than I could have ever learned in an American classroom.

But beyond that, the 2+ years I spent living in Budapest pushed me way outside of my comfort zone, accelerating my personal and professional growth. I know that my international experience has made my resume stand out from the pack when applying for jobs, because hiring managers have shared that with me. One former boss told me she felt inspired by my international experience and it was one of the reasons she brought me onboard.

From both a personal and professional perspective, I have to say choosing to attend graduate school abroad is probably the best decision I ever made.

Loved this article? Wanna share it with friends or save for later? Pin using the image below!